The Difference Between A Boss and A Leader 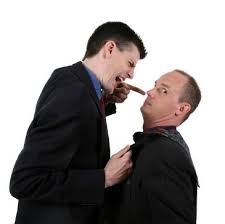 I am going to be in hot water after sharing this one, but I just couldn’t resist.

The other day my wife and I were chatting about an event I was preparing to have at our home. As I shared with her some of the things I was doing she began to tell me what I should do differently…um…I mean… she offered her suggestions.

I looked at her and said, “You just always have to be in charge, don’t you?”

Without hesitation, she replied, “No! I don’t want to be in charge. I just want people to listen to me and do what I say.”

Not another word was said. It wasn’t necessary.

Being in charge means people are listening and taking direction. But there are varying degrees and methods of being in charge.

On the other we can be “The Leader”.

At the end of the day both could potential accomplish the same results.

The Boss gives direction, perhaps demands performance. In exchange for time and work, the boss will compensate an individual in the form of a paycheck or some financial reward. The individual that is performing the work doesn’t have to be enthusiastically engaged or even care about the end result. In some cases, their only motivation is to do just enough to maintain the relationship where there is an ongoing exchange of money for their time and effort.

Being a boss is easy. It doesn’t require much other than convincing someone to do the work for pay.

There is a distinct difference between being a boss and a leader.

Leaders can effectively engage people in ways that don’t require compensation. If you have ever served in a non-profit environment that utilized volunteers, you know what I am talking about. Leading volunteers is a whole new world. Leading volunteers requires we get people engaged and inspired to support a mission or goal.

Essentially the leader and the boss accomplish the same thing, they facilitate getting a result.

So why do we want or need to become better leaders?

More and more people are looking or requiring a sense of purpose and meaning in the work they are doing. This is not a generational thing by the way. We hear that the millennials are all about work environments that offer them a sense of purpose. This is no longer limited to this generation. Seeking purpose and meaning in work is crossing over into all the generations now. What that means for us as leaders is we must learn how to show our people how the organization can satisfy these needs for them. They need it to be more than a paycheck. I understand if your business is making widgets it might be hard to connect your work to a higher mission.

Perhaps your organization can adopt and support a cause that will help you people see how your business is contributing to the greater good.

I worked with a client in the real estate industry that understood that his business was more than just selling and help people buy homes. He committed his business to helping his people get better and improve every day. He adopted the philosophy that they are in the people development business and they just happen to sell real estate. This cause was very compelling for the people on his team.

I’ve also worked with businesses that determined that a percentage of their revenues would go to help kids in disadvantaged areas by exposing them to computers and teaching them programming and coding skills.

2- People Will Fight Harder to Win.

Leaders effectively engage people in a way that draws out their best. When done well, people in your employ that are enthusiastic about the mission will apply more effort and energy by their choice. They will fight to win.

During the Gulf War in the early 90’s, Saddam Hussein invaded Kuwait and the United States and their Allies came to Kuwait’s aid. Now I believe the US Military Forces are the best trained and equipped military force in the world. In addition to having the resources they need, they have established a great culture. Every soldier I have met has incredible national pride and is willing to give their lives for their country and our freedom. They will resist any force that threatens our freedom. The culture comes out of a history of great leadership through US history.

When the US attacked the Iraqi Forces and Hussein’s coveted Republican Guard they did so with ferocity and precision. The battle began with an aerial assault from the Air Force and Navy that seemed to decimate Hussein’s Army. When the ground forces finally entered Iraq, the Iraqi soldiers, who seemingly had lost heart and motivation to fight, quickly gave up their weapons and positions.

Hussein was a boss. His military was enlisted to do a job but lacked the heart and enthusiasm for Hussein’s mission and vision.

Interestingly, as the United States and Allies war against ISIS and terrorism we seem to be struggling a bit to overcome a seemingly inferior force. Why? Terrorists fight for a cause; an ideology. They are willing to die for it. It is more than a paycheck for them. Regardless of ideology, their system fosters enthusiastic, focused and engaged support from their followers.

The point is that a great leader and organization can accomplish so much more with a fully engaged and passionate band of followers.

Great leadership incites greater participation and potential for more innovation and ideas. Great leaders are wildly effective at communication the goals, vision and values of an organization. Bosses often don’t. As such, people working under a boss lack clarity as to the purpose and results they are there to accomplish. Leaders make it very clear and invite people to look for ways to help achieve the goals, vision or values.

Leaders ask for ideas. And when people genuinely care about the organization, they are very willing to offer their insights, ideas and innovation to help get there. In fact, asking them to participate in the vision and goals of the organization inspires their engagement.

Without asking people to support in the ongoing innovation of the organization, the Boss is often the only one capable of providing relevant innovation to improve the business. That can be a daunting task considering the potential exponential improvement that comes by improving all the areas of the organization versus focusing on just a few that the Boss can handle on their own.

Are you the boss or are you the leader? Be honest with yourself. No judgement here. Just an opportunity to improve.

Are you clear on your vision, goals and values? Do your people really know them and do they REALLY care? If not, you might be the boss.

Being the leader requires intentional engagement and inspired communication that raises enthusiasm, fosters buy-in and invokes loyalty to the organization.

Whether you are the Boss striving to be a better leader or a competent leader looking to improve here are a couple starting points.