3 Things That Great Leaders are Really Good at Doing 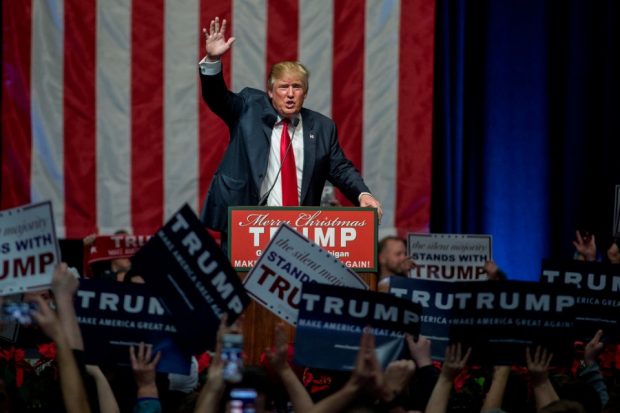 day’s message is going to be controversial.

In fact, you might become inflamed by my comments. But hey, sometimes we need to be bold and take some chances in order to get our points or messages across.

By the way, if you’ve got some feedback from today’s post, I’d love to hear it. Fire away.

A little over a year ago, as the Republican candidates for President began to reveal themselves, I was excited and hopeful for the upcoming 2016 election. (In the interest of full disclaimer, I am a registered Republican. However, it is always my intention to be open-minded and vote for the candidates who I believe will act in the best interest of their constituents, community, state or nation. Although, nowadays, finding those candidates is getting harder and harder).

In my assessment and research of the perspective candidates, I thought a handful possessed the values, vision and integrity that would lend themselves to being an effective Commander in Chief.

Overtime the candidates dropped out. One after one, despite their positive qualities, they just couldn’t hang with the likes of Donald Trump.

What the heck! Donald Trump was the last man standing.

Let’s face it folks, even if you adore Donald Trump, you have to ask the question; is he genuinely the best candidate for the highest position in the land? I think not. (For you adoring Trump fans, relax, please don’t take my comments personal.)

For some people he has some very appealing and admirable qualities. Personally, I like some of The Donald’s qualities as well. Some. Not all. In fact, some of the things he says and does just makes me shake my head in disbelief.

Donald is authentic. What you see is what you get. The public is starving for authenticity. It doesn’t matter the generation either. We want someone who is real. Donald, in all his imperfections, is real. (He’s like the Honey Badger…he just doesn’t give a ****.)

Some people, including myself, like the idea that he isn’t a part of the Washington establishment. I believe the general consensus is that people feel like Washington and politicians are completely out of touch with their constituents. People don’t see Washington politicians getting anything done other than serving their own interests.

Some would argue that as a successful business man that he would be effective running our country. Maybe we need some good business sense in Washington.

Maybe Donald getting to where he is right now, the presumptive Republican nominee, was just good timing and dumb luck. Maybe his message was significantly different from the rest of the field that he stood out and garnered sufficient support to get enough delegates from the state primaries and caucuses.

That may be true, but I have another theory.

Donald demonstrated effective leadership and we could all learn something from him.

1- Donald understands the pulse and frustrations that a high percentage of people in our nation are concerned about. He realized that people are frustrated with immigration issues, terrorism, trade disparity, how the middle class is getting crushed and how people are sick and tired of politicians and the Washington Cartel.
2- Understanding those concerns, Donald crafted a message that would address those issues. I didn’t say he created a plan. He created his vision. Build a wall. Bomb ISIS. Deal with China. Fix health care. Create jobs. Build a wall. Make America Great Again. Oh and did I say Build a wall.
3- He effectively communicated his vision in a way that garnered enough support from followers to win the nomination. He managed to engage a passionate, committed group of followers to the cause.

Now here is the interesting thing, other than a couple candidates who clearly stood out as Washington insiders, most of the other candidates possessed a similar vision as Trump. The big difference was Donald’s ability to connect with his followers and communicate in a way that inspired and engaged them.

In my opinion, Donald is not the most effective communicator or orator. He certainly wasn’t the most prepared during the debates. In many cases he acted childlike and immature. Certainly not Presidential. This makes what Donald did even more impressive.

Can you imagine if Donald wasn’t so insulting or divisive? If his personality wasn’t so offensive to some people, the election would be over today. And yet, despite that, he beat 16 other pretty solid candidates.

So what can we learn from Donald that we can apply to our organizations and businesses?

1- You better understand what matters to the people you are going to ask to join your cause, purpose or vision. What’s in it for them is the operative question.
2- You better craft a vision that addresses those things. If your people want to be a part of a business that will provide opportunities for continual advancement and growth, you better include that in your vision. If they want to be coached, you better communicate that. If they want to engage in work that is meaningful to them, say it.
3- Finally, you need to be able to communicate your message in a way that will connect with your people. Donald seems to be speaking people’s language. Like I said, he is proposing many of the same ideas of the other candidates. Donald knows that when he says we are going to build a wall, that communicates a more powerful message than we are going to protect our boarders and stop illegal immigration. Same message communicated in very different ways.

Regardless of whether or not we build a wall and Mexico pays for it, Donald has inspired and engaged enough followers to get him to where he is today.

How are you inspiring your people to enthusiastically engage in your vision?